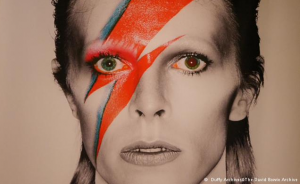 A week ago today, the world lost a man who was a game changer in the music industry, a forward thinker ahead of his time … the infamous David Bowie. He was a master of transformation and ever-changing personas, a man who felt like an outsider and worked it to his advantage to carve an amazing career that spanned a half of a century. A virtual chameleon in music, art, film and fashion, Mr. Bowie was a champion and pioneer of a constantly morphing persona – from Ziggy Stardust, to the Thin White Duke, to Major Tom, to an alienated alien in The Man Who Fell To Earth. The theatricality of Ziggy inspired a whole new generation of glam-influenced musicians. And the flamboyance of Bowie’s creations and his artistry helped elevate music videos to an art form. One thing I know for sure is this:

That dude knew how to craft a persona. 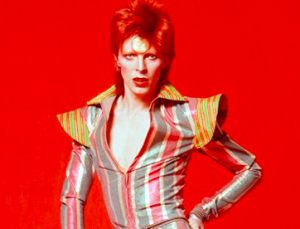 He also had various themes running through his musical journey over the course of his career as well. Mr. Bowie created songs about living in this world as an outsider, a misfit of sorts, a stranger in a strange land. He also experimented with gender identity, bisexuality and androgyny taking that successfully mainstream. He was truly able to explore the stage with musical self-expression as well as himself and his own identity for all of us to watch. There was also an outer space theme in all its remoteness and chaos and unknowability. I totally identify with this as living a polyamorous lifestyle has quite a bit of “unknowability” and feeling like a misfit of sorts in a seemingly unfriendly, monogamous world. Mr. Bowie also had an obsession with time which on some level was an obsession with time running out. How prophetic for all of us…

Love is infinite, but time is not.

Thank you for your work and rest in peace, Mr. Bowie. I applaud you. You truly are a great example of a life well lived, of self-expression at its finest against all odds, of not shying away from being different and allowing others to really SEE you in all of your sometimes seemingly confusing glory. You were fearless… and awesome.

I’ve really been reflecting on how courageous David Bowie was throughout his career. Being brave is not a feeling, it is a choice. And Mr. Bowie chose again and again to courageously show who he was in the moment – or who he was pretending to be in the moment as an experiment of sorts – fearlessly showing us his sexuality, his beautiful confusion at times, his barely contained lust, and often his love and embracing of being different and carving his own unusual path. What an inspiration! Especially for those of us living an alternative lifestyle. I know some of my readers live “in the shadows” having to hide who they are and what they are all about. Some have no choice in the matter due to the circumstances of where they live or who they work for. I do hope someday that is no longer the case, that the ethically non-monogamous and polyamorous can roam free as it were. Mr. Bowie did his part in making the world a friendlier place for all of us “freaks” (simply meaning the minority) by his own example and shining light of “so what if you don’t understand, this is ME dammit!” You go, Mr. Bowie! And I salute you and your fearlessness. You rock.

By shining your own light, you give others permission to do the same. 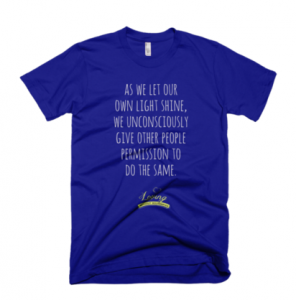 I am also reminded by Mr. Bowie’s passing that the word I chose to guide me through 2016 is CHANGE. I am embracing change and continually getting out of my comfort zone throughout the year. I realize very profoundly through my own life journey that I am not the same person I was a decade ago. I have changed and I am proud of where I am now and how I got myself here. You have also been watching my journey over the last three years or so here on this blog. Ten years ago, I was a monogamist and a former cheater. Now I am a happily practicing ethical non-monogamist and polyamorist. And I am doing my best every single day to live out loud with my chosen lifestyle. Some of my friendships with people in my life have transformed due to this. I had experienced some feelings of loss and grief about how those friendships now feel, and missing the feelings of belonging that I used to enjoy. But I realized just yesterday that I need to embrace the idea of change – both in myself and in others – the evolution. It is not about LOSS, it is about CHANGE and constant progress and moving forward. I need to accept myself and others while we are all on this path, this journey called life. It is good. It is awesome. Let’s rock this and accept one another wherever we are on our respective journeys.

How about you? Did you have any personal reflections after Mr. Bowie’s passing? Have you selected a word of the year to help guide you on your path? What is thrilling you these days in the first month of the year 2016? I’d love to hear your thoughts and see you join the conversation.

For your enjoyment, a live performance of David Bowie doing “Changes”…

Lyrics for Changes by David Bowie:

Strange fascination, fascinating me
Changes are taking the pace
I’m going through